Home / Bonsai / Around the Arboretum – The Saw Banksia by Leigh Taafe

Around the Arboretum – The Saw Banksia by Leigh Taafe

In preparation for our move from temporary residence in Commonwealth Park, up to our existing facility within the National Arboretum, we increased our holding of bonsai and penjing from around 30 trees up to a number over 100. In order to do this, we relied heavily on the bonsai community to increase their loans and donations so that we had a selection of trees to choose from to create a worthy display for our grand opening in February 2013.

The bonsai community were invaluable in helping us create a brilliant display, with trees coming to us from many parts of Australia. Today I wanted to share with you one of those trees, a Banskia serrata kindly donated by Lynne Farrell from Tasmania.

Grown from seed planted in 1980 by the late Neale Farrell, then taken over by Lynne after Neale’s death in 1991, this tree has grown from strength to strength over the last 10 years here at the Collection, so much so, that we have had to increase the pot size for the tree twice in that period, and not just a little bit. 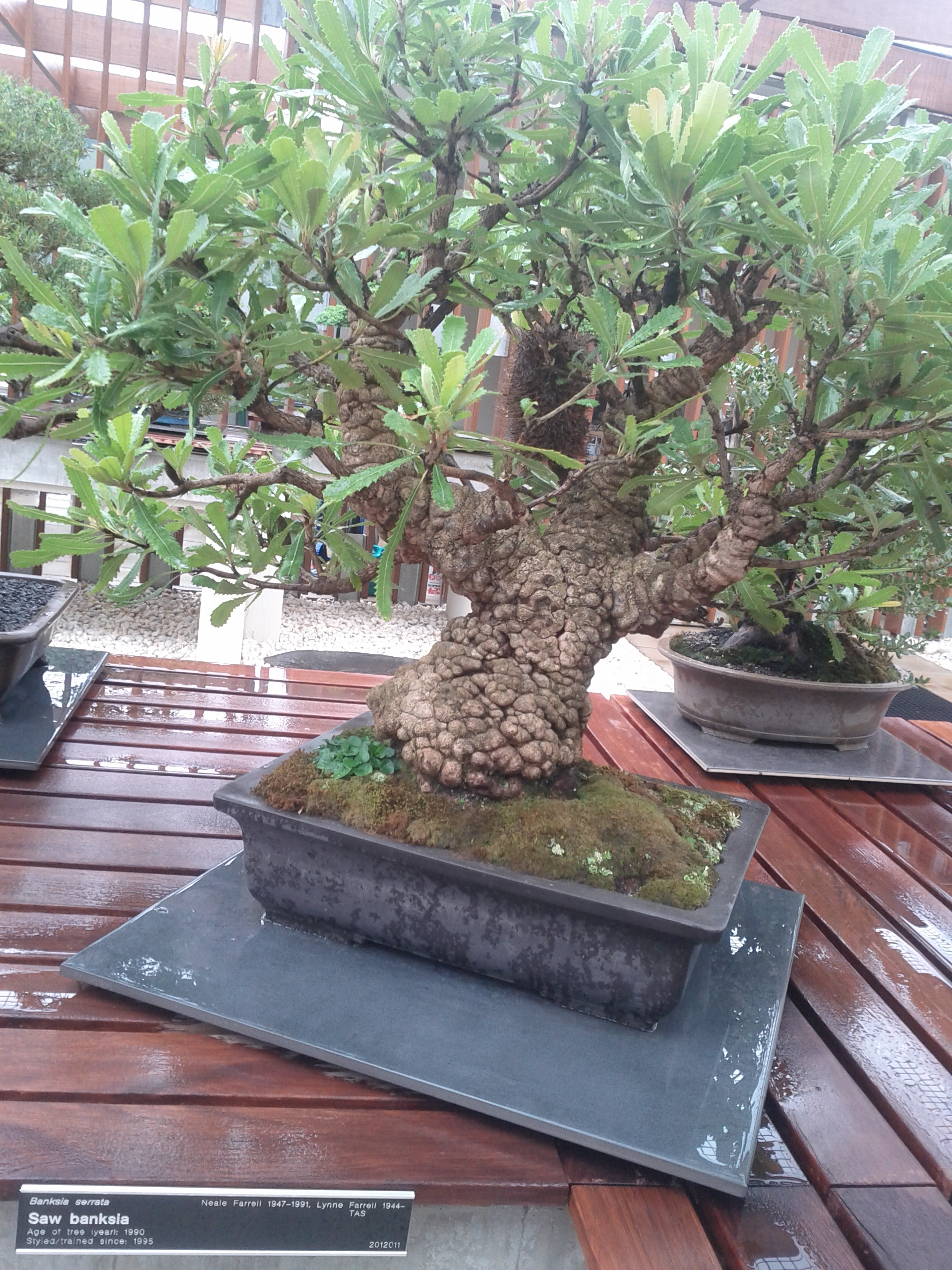 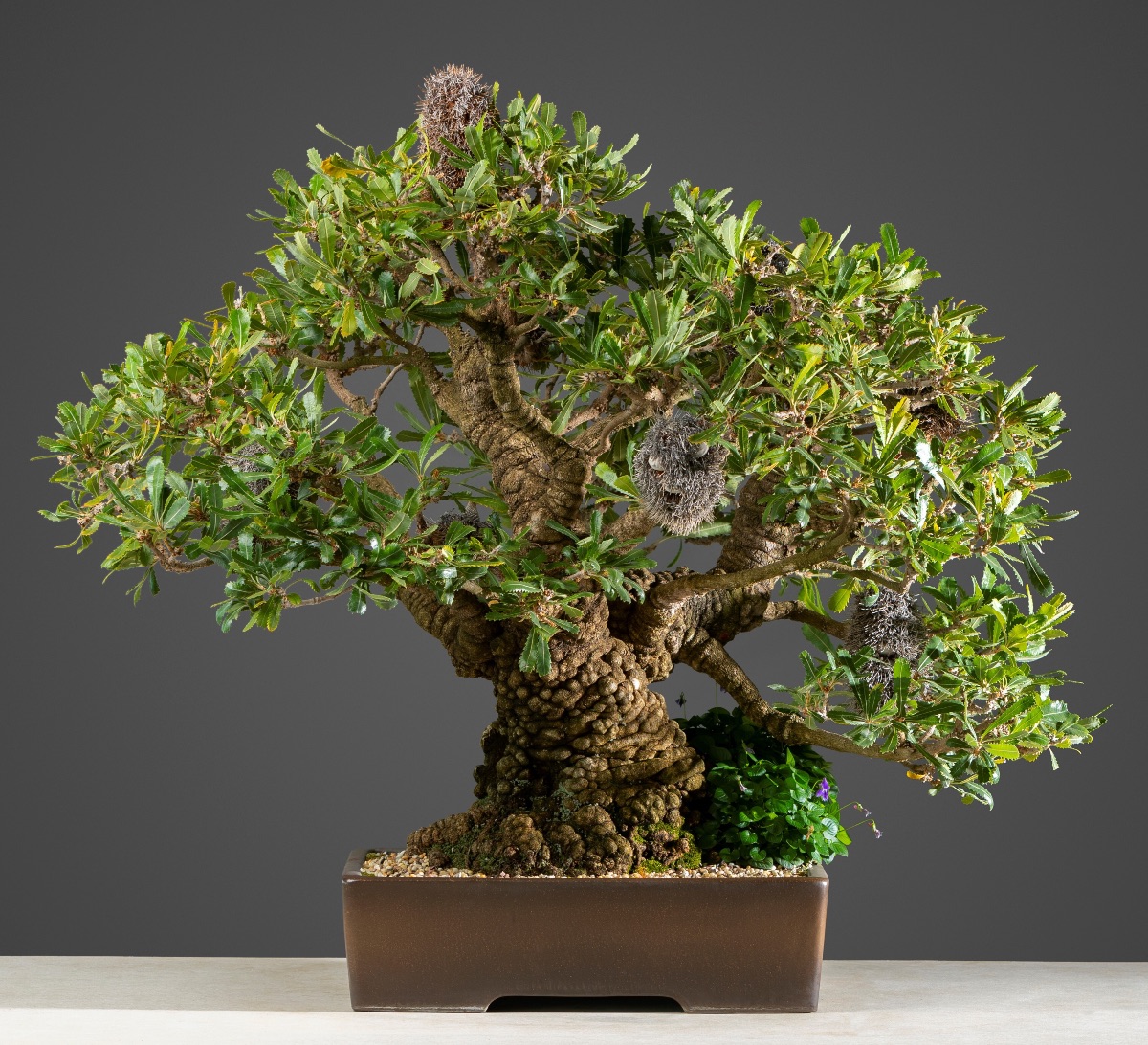 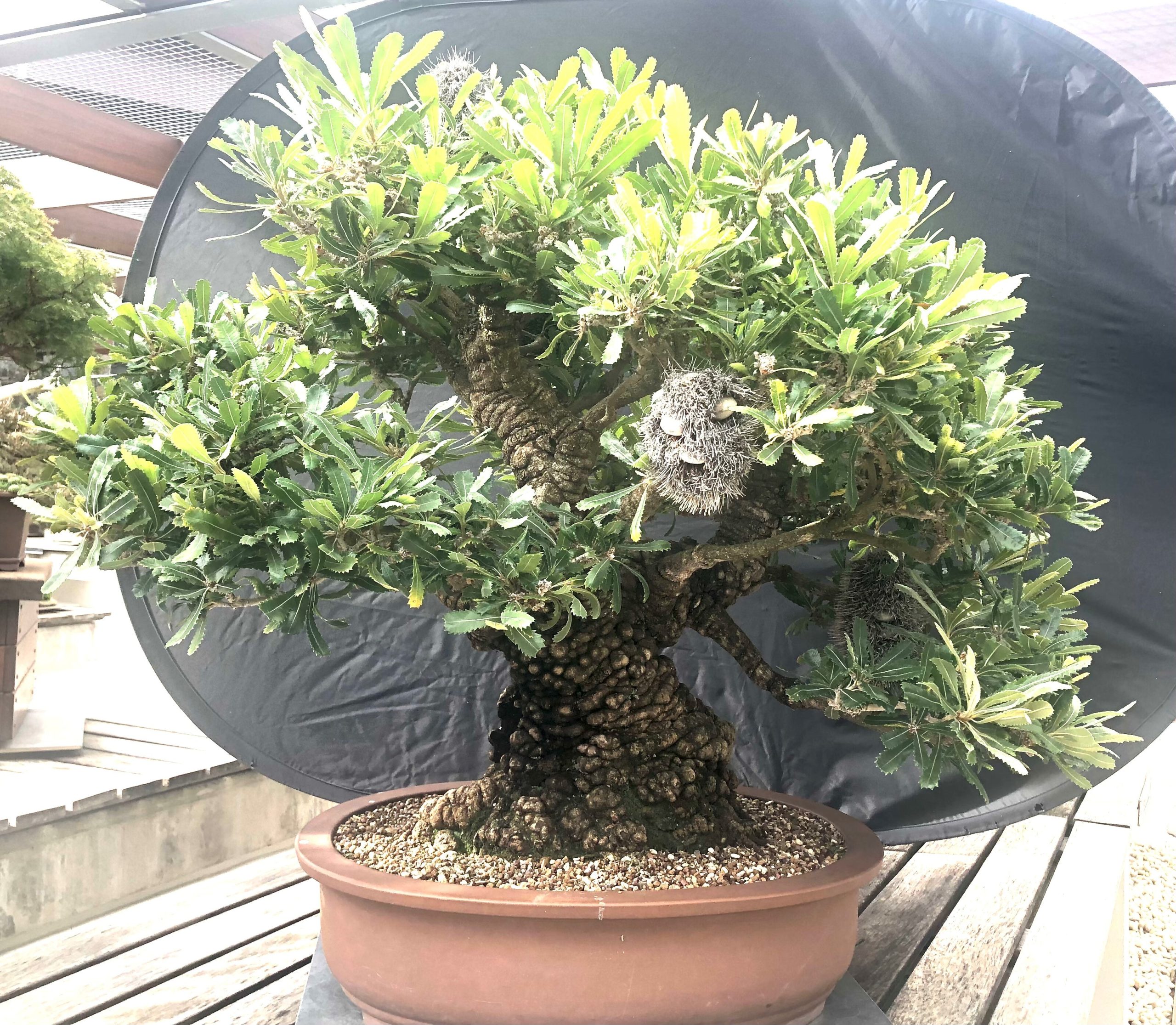 One of the interesting points of this tree’s journey over the last 10 years here at the Collection is the girth that the tree has put on around the trunk. It is common for Banksia species to “fatten-up”, so to speak, when grown in pots. This makes Banksia a brilliant native species for bonsai when what we are aiming to achieve is the illusion of an aged tree, just in miniature. Therefore, making great bonsai in a short space of time. Many people are astounded that this tree only dates back to 1980, as it looks so much older. The diameter of the trunk has increased almost 100% since it arrived at the Collection in late 2012, going from approximately 19.6cm up to an extraordinary 38cm. This increase in girth was at such a rapid rate that the outer bark of the trunk actually split down the side, see pic below. This split happened a few years before the picture, you can see that the next layer of bark is now getting that aged bumpy look as it grows to fill in the space. 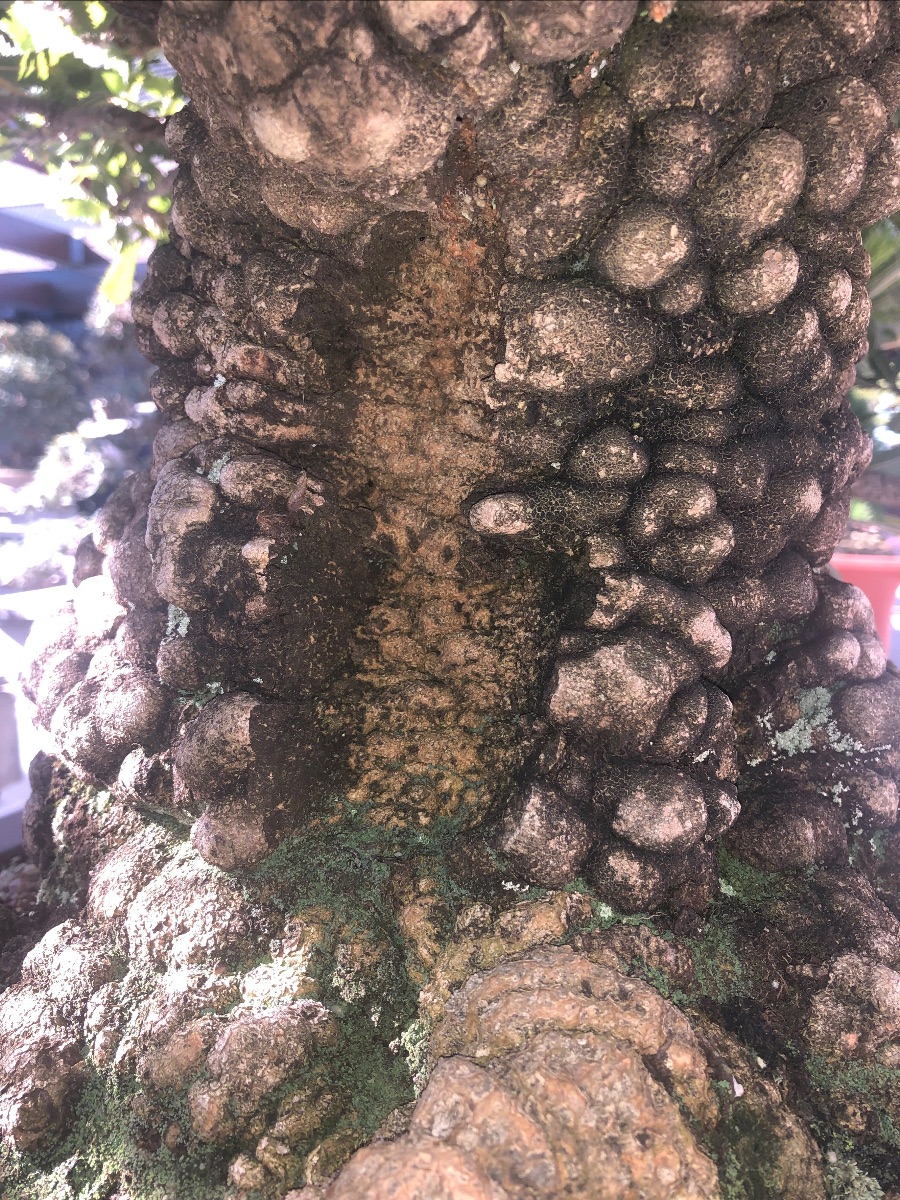 This split happened a few years before the picture, you can see that the next layer of bark is now getting that aged bumpy look as it grows to fill in the space.

The Farrell’s are considered two of the early pioneers of bonsai in Australia, Lynne was awarded a Churchill Fellowship to study bonsai in Japan under the Master Sasumu Nakamura. Upon her return, she shared her enthusiasm by teaching bonsai throughout Tasmania. Of interest, Tasmania’s first practicing female veterinary surgeon, Lynne was a pioneer of Angora goat genetics and is noted for performing embryo transfer in goats during the 1970’s and 80’s. In 2006, Lynne was inducted to Tasmania’s Honour Roll of Women for her service to Science.