At this time of year a lot of azaleas and camellias have or will be finishing their flowering period. It is important that if you want to have them for bonsais, there are a few things that you must do straight after they flower. 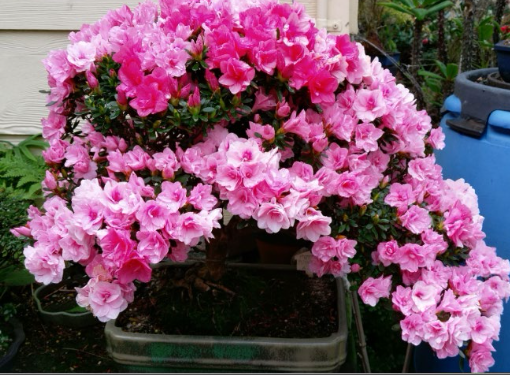 I have had this azalea for many years and each year it performs like this. It was given to me by the wife of a deceased club member and I absolutely treasure it. 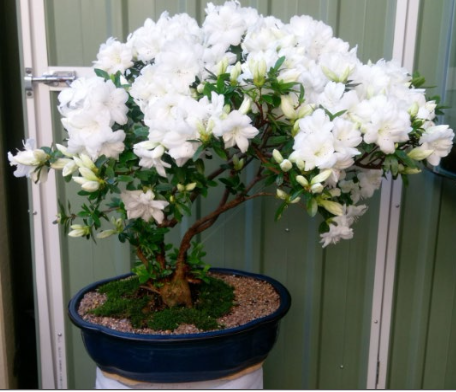 This is a Satsuki azalea called Summertime given to me many years ago. It is still in training.

A very slow growing camellia with a flower no more than the size of a five cent piece on left and one of my favourites for full sun, Yuletide, on right. 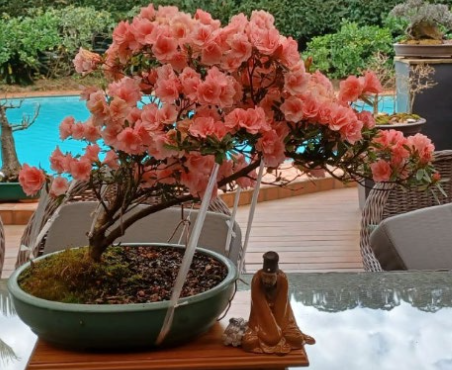 Note the guyed down branches on this beautiful azalea belonging to one of our members.