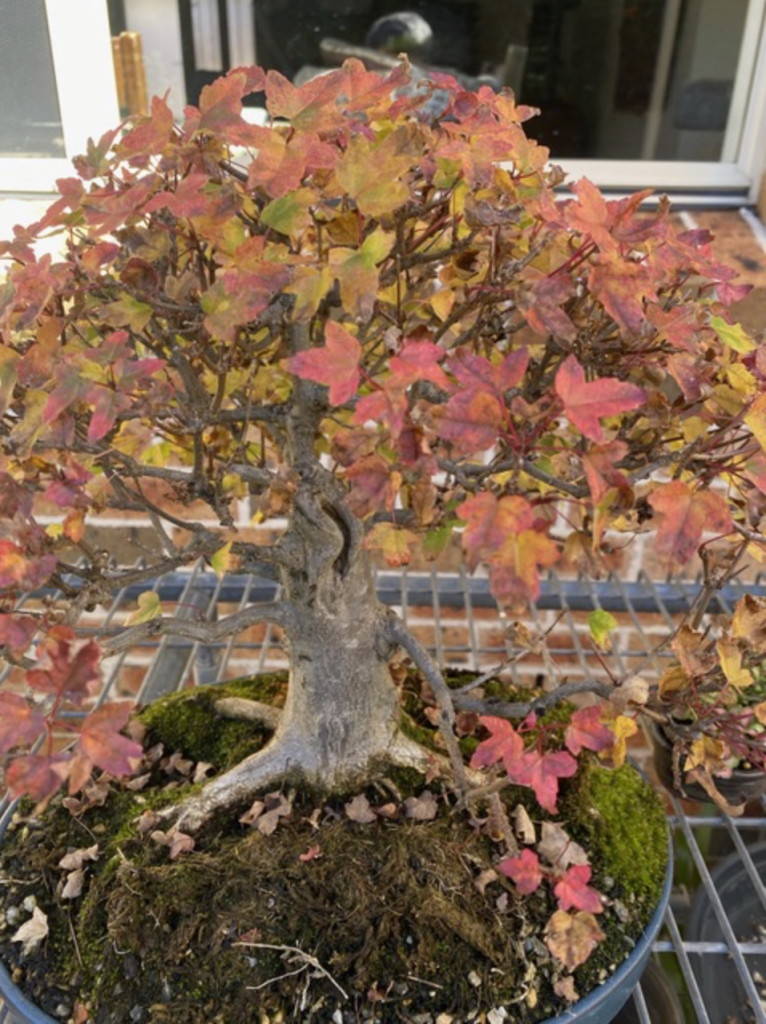 Lovely trident, upper structure well developed and ramification coming along very nicely. But the nebari looked like two legs doing the splits. A couple of years ago I cut a path all along the front nebari, brushed on rooting hormone and covered it up. A few roots developed but grew straight down. Which, while understandable, was not the best outcome. I’m green at this ,so this sort of thing so I tried another tack. 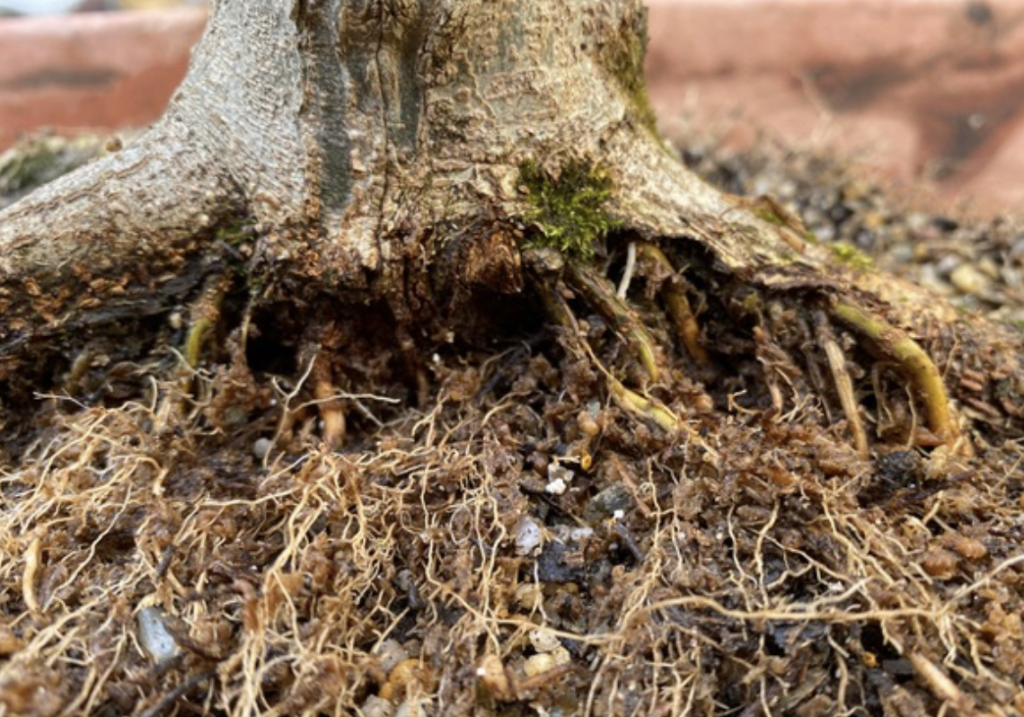 This time I prepared my rooting equipment, made the cuts, applied rooting hormone and set pre-cut pieces of cork and chopsticks just under the cuts. They were short pieces to allow eventual easy removal once the roots were stronger but the plan was for the roots to develop and grow out and over the add-ons and become more acceptable surface roots – before diving under ground.

Soil on top and then spaghnam moss to maintain moisture. I checked on progress after a couple of months and was delighted to see the strategy seemed to be working. 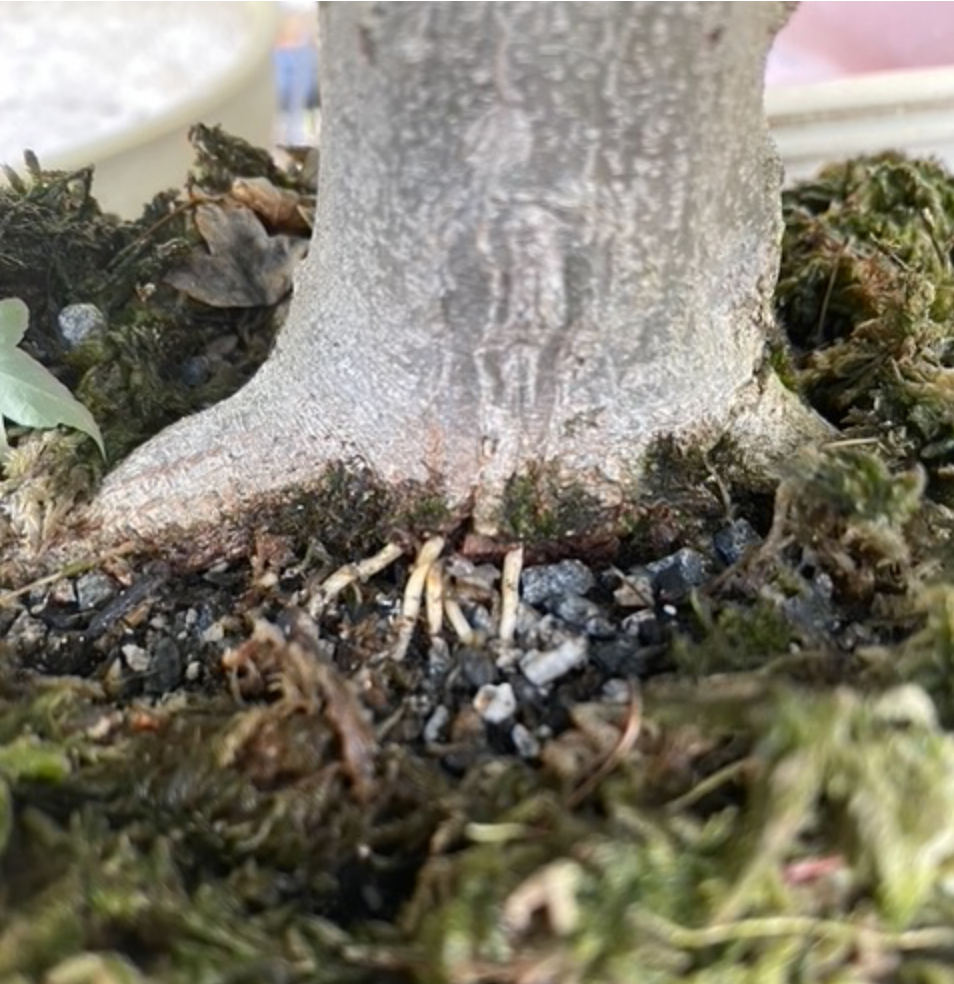 I quickly covered them up again to enlarge, stabilise and increase the attractiveness of the nebari, breaking the monotonous line of two spread roots. A couple more years for them to mature and I think I have solved the missing factor. Factor: Surface Root. I have done the same to the back but I have not checked that as yet. Time enough. But for now the roots have developed, maybe not as widespread as I was hoping, but with development of the new lot plus the older lot and the nebari should soon acquire the same attractiveness as the rest of the trident. 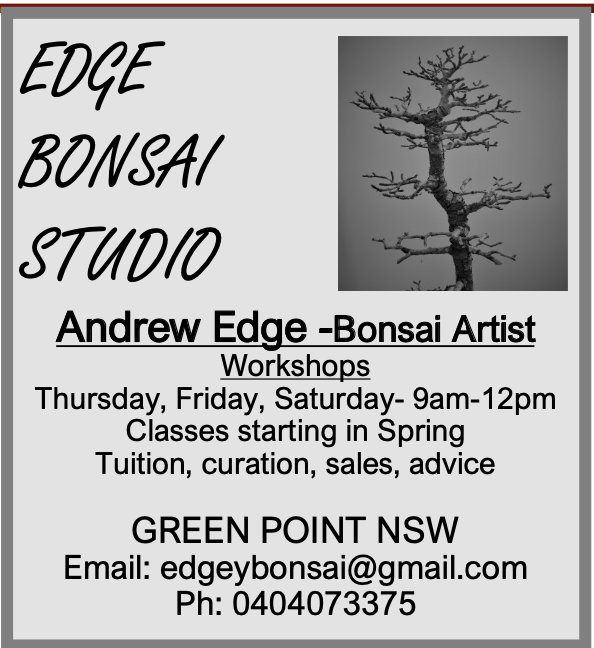