For his demonstration, Allan chose a weeping variety of swamp cypress (Taxodium distichum ‘Cascade Waters’). Native to the southern states of the USA, swamp cypress is the only deciduous conifer and often chosen for bonsai due to its fine feathery foliage, short internodes, beautiful bark and seasonal russet red colour. Usually styled as an informal upright, Allan had something completely different in mind for this demonstration tree.

Allan started with this advise- save a little longer and buy a tree with some power in it rather than a thin trunked one. This tree had cost him $100 but was well worth it for its good bones and strong trunk. He emphasised buying the base and developing the top later. 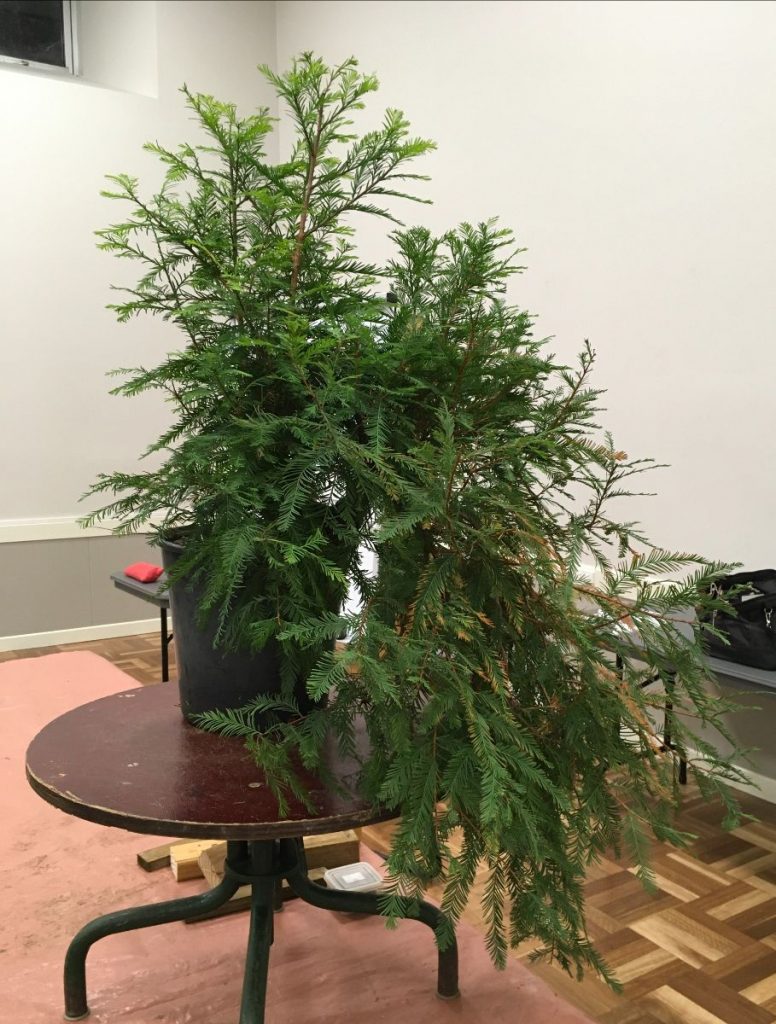 This tree had obviously been grown as a cascade, but was this best option? To see which way to go, Allan had drawn the base of the tree on a magnetic white board and had several branch pads that he could attach to plan his design. Informal upright or cascade?

The tree had been trained as a cascade and this remained the better choice with the advantage that ‘you don’t see many cascade swamp cypress’. (The only downside to a cascade is that ‘swampies’ like wet feet and a cascade pot creates a good distance for capillary action, necessitating a deep water tray.) The aim was to have this tree show ready in 4-5 years which perfectly achievable due to the fast growing nature of swamp cypress. Full pads with short internodes can be developed quickly. 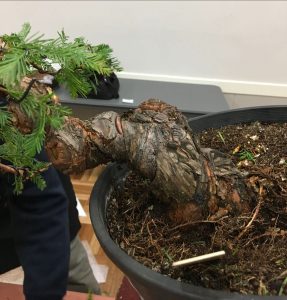 This tree, originally from Bonsai World at Jilliby, had been shaped using a Japanese technique in which the trunk is wired and twisted. Ashley Brown had seen this technique used on black pine in nurseries in the Takamatsu region of Japan. Depending on the trunk size, 2-3.5mm wire is used. Choose the smallest gauge appropriate to trunk size for best results. Over time, the trunk engulfs the wire creating bends and rolls where the wire had bitten in.

Allan removed the lush growth from the top as it had done its job growing the base and encouraging over-growth of the wire. The apex will be made from the first branches of the cascade (which are lush so getting nutrients) so the top was no longer necessary. Next, Allan dug around the base and revealed more movement but as he didn’t want to risk damaging the crackly bark, so he will reveal this when repotting. Branches on the insides of bends were removed and a decision on the best front and the direction of the tree, right to left, were made. Anything moving towards the right was then removed. A large knob at the back of the tree was removed to make the trunk more ‘streamlined’.

The angle was then chosen (always before wiring). Care was taken to ensure branching was on different planes and the eye was drawn through the tree to the back branches. Excess branching was removed but Allan cautioned to leave a little more than needed so there are choices later, depending on what develops. Bar branches and those coming directly towards the viewer were removed. Allan then worked on planning the apex while cutting off all little shoots there, so the tree’s energy wasn’t wasted in growing them.

The tree was then wired. The branches were set up with movement (Allan manipulates them up, down, right and left to create this) making sure they were staggered and not directly above another. Allan kept looking from above to make sure there was a good branch spread to allow each the light needed for optimal growth. He will separate the pads more next season.

Thanks Allan for a great demonstration. 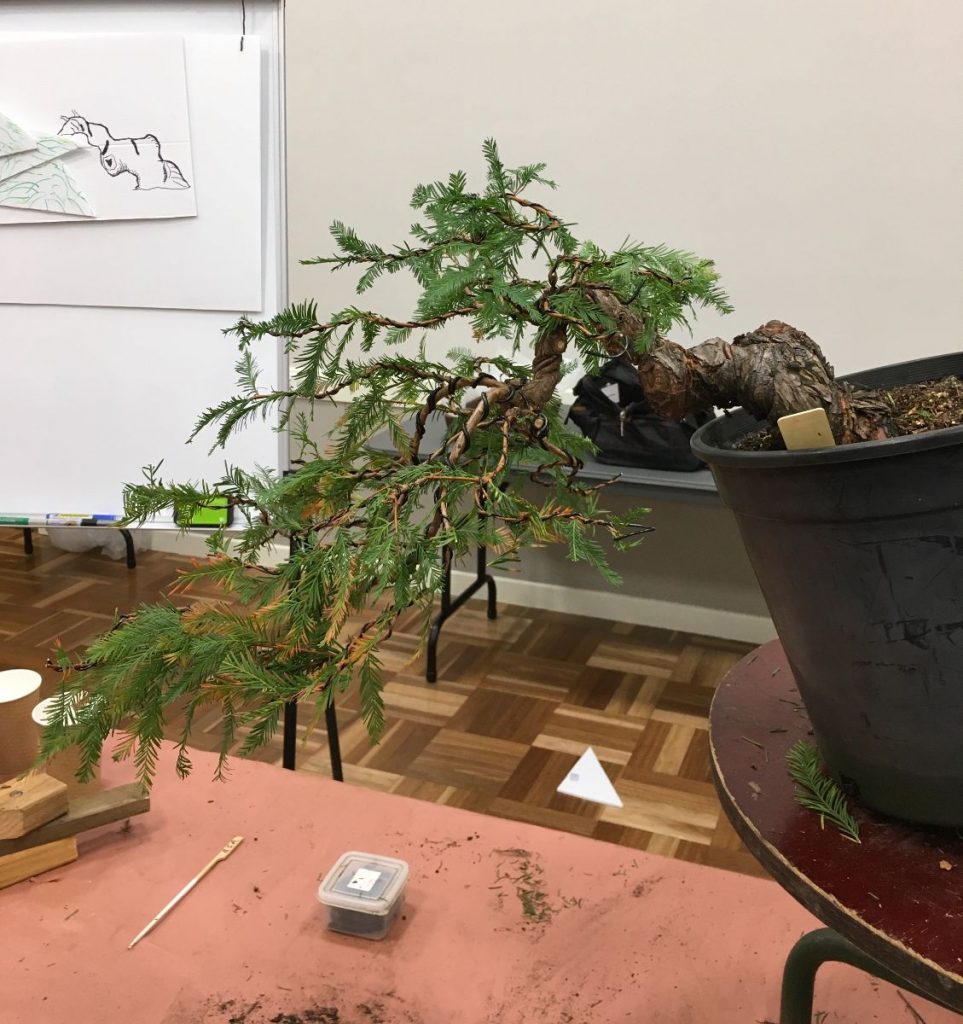 Set up for the future