This was supposed to be a photo styling article but after a few cuts I decided that nature had the better idea.

The plant is a Leptospermum myrsinoides – Twisted Sister – and I got it at the AABC All Native Convention in 2019. It was $20, small enough to just fit into the remaining space in my plant collection bag and interesting, if very juvenile. 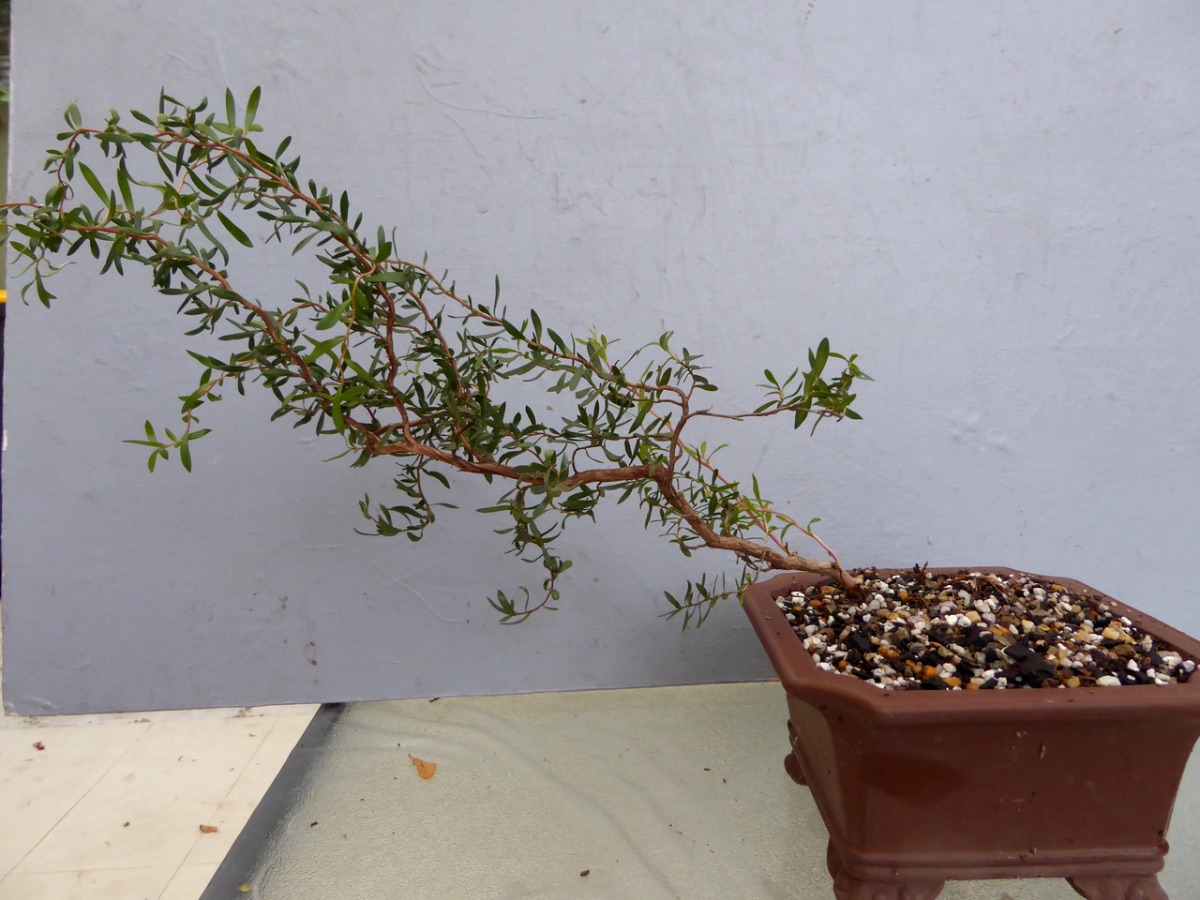 It gets its call name from its naturally twisty growth habit and the trunk, such as it was, had a few interesting kinks in it. The leaves are tiny and it has the typical lepto small white flowers. It seemed a gamble worth taking. It survived having half its soil removed and the flight home and after potting it up and I left it to grow a bit while I waited for inspiration.

By October 2019 it had grown a fair bit and the trunk was thickening. A rethink and I decided that a cascade would favour the growth habit best and repotted it accordingly. 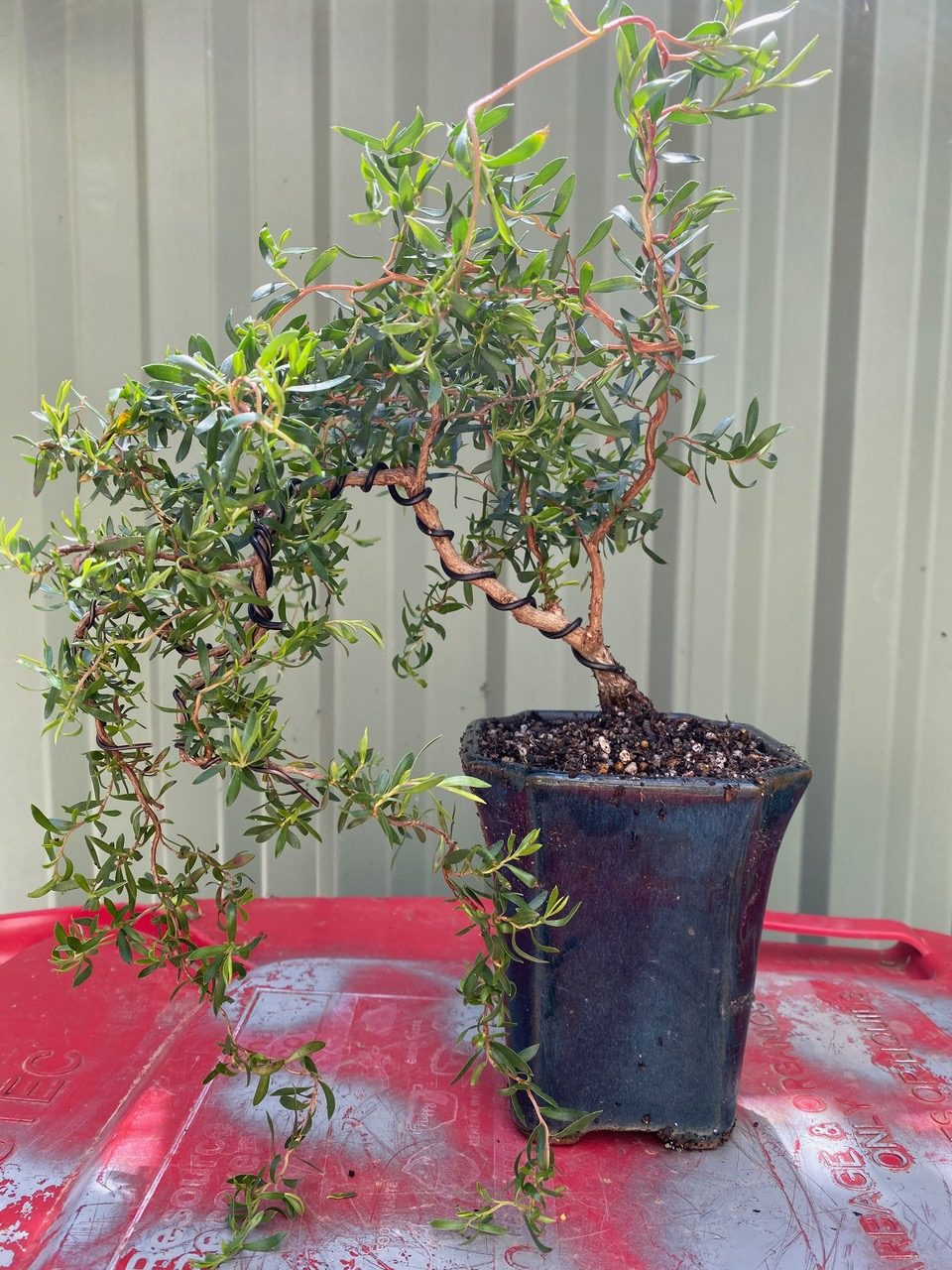 April 2020 it was developing nicely and I decided to do more styling but then realised that Nature was doing a better job. A bit of culling was acceptable but with this tree I don’t want to impose strict guidelines on it, I think it has more character just allowing some control over the positioning of the growth but letting the tree go its way. Also, the more foliage the faster it will thicken and it is doing quite a good job of that already. Not even a year on and it is quite an improvement on the space filler that I took on spec. 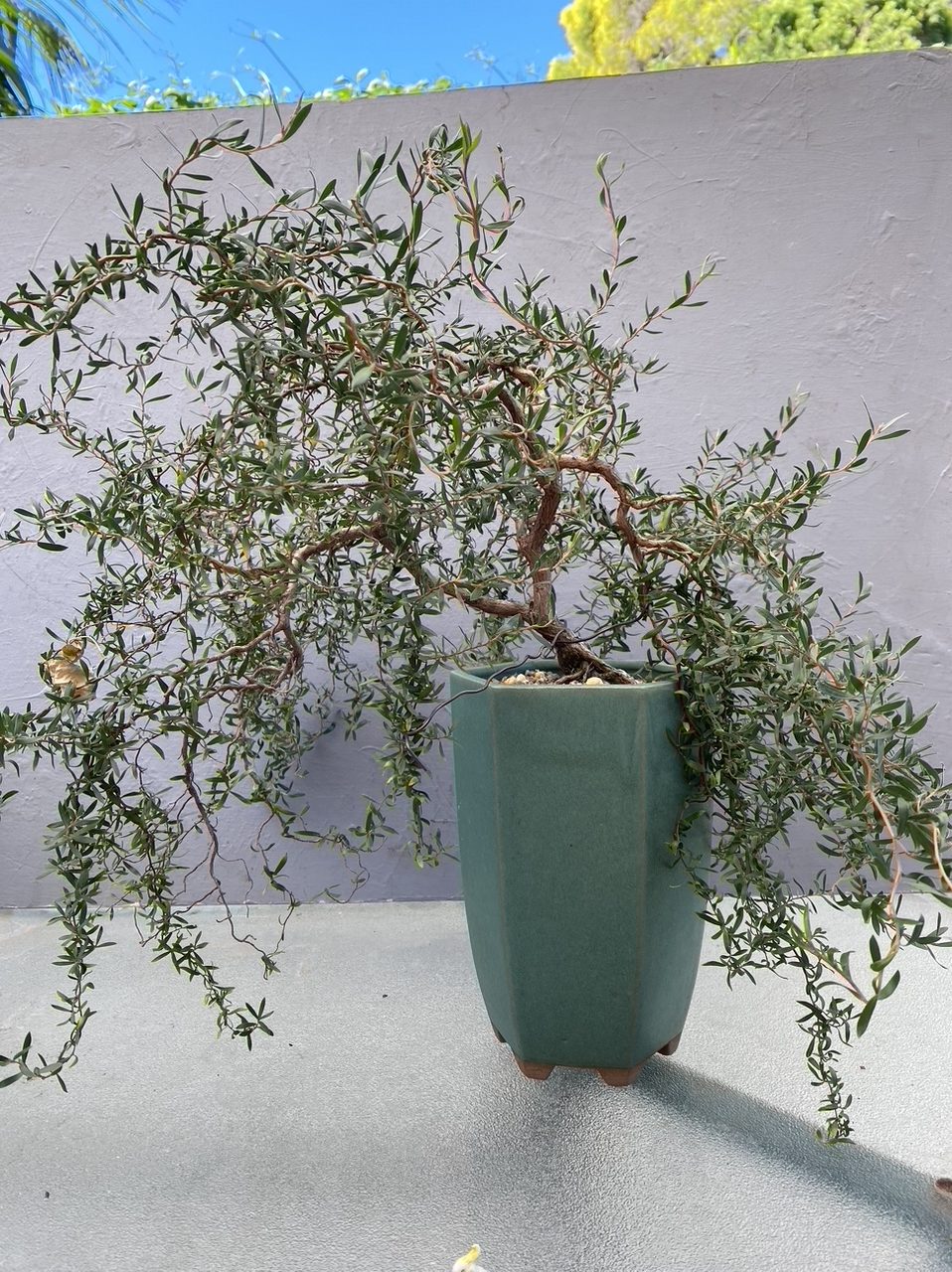 Now, after a trim but no wiring I will leave it to grow for another few months until it needs a bit more control. It won’t be a conventional cascade but with the character of the twisty branches and the flowers I think it will be quite a lovely addition to my bonsai collection and I am very pleased with my last minute purchase…. just because it was different and I had just that much room available. I know it looks a little wooly but I think it always will. Eventually I will lighten the top and the right branching but at the moment that is all there for growth and development of the trunk. I would like a handmade pot but this commercial one, in its simplicity, is quite good and the colour tones in with the foliage very nicely.