Michael gave an excellent demonstration last month which was much enjoyed by all present. Using an old yamadori olive with terrific exposed roots (Neagari) that he collected 4-5 years ago, Michael walked us through the process of getting collected material to this stage and then where to go next. 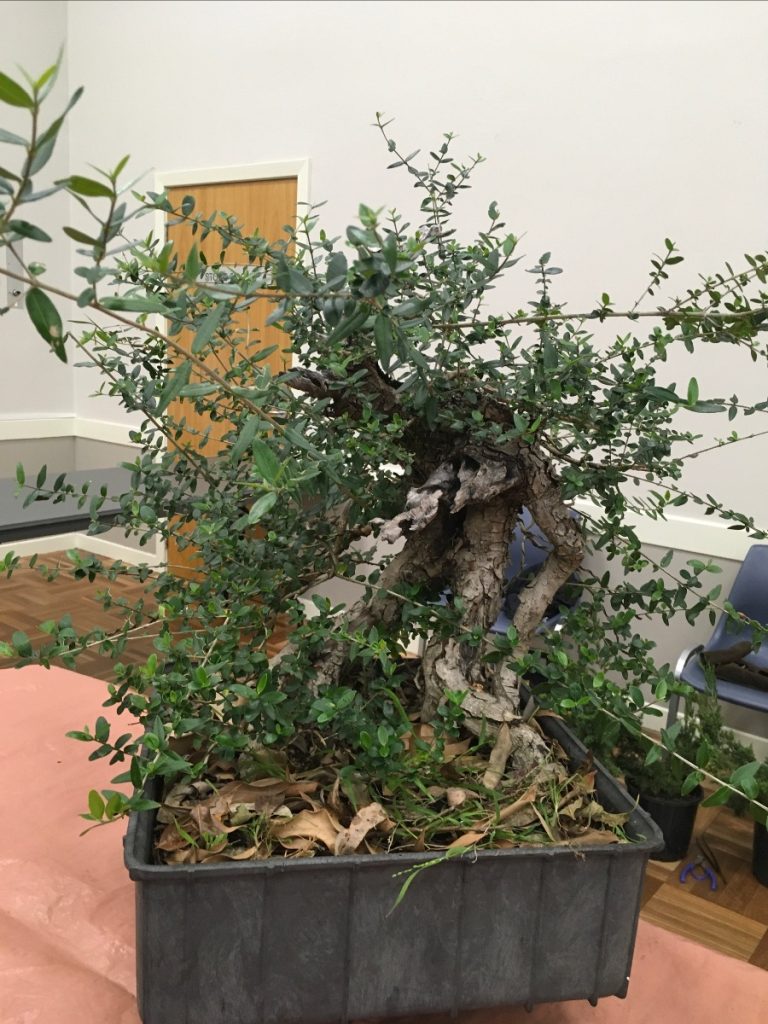 When collected, this tree was growing on a steep slope, the roots were already exposed and it had strappy growth to about 5 metres tall which was removed.

When Michael digs a tree, he flat cuts the roots and then uses a sharp knife to chamfer the trunk at a forty-five degree angle and applies a combination of hardwood powder and the gel hormone to the wound to promote root growth. The tree is then planted in a polystyrene box using fly ash (a by-product of brick making) mixed with finer soil. Fly ash is a very sharp and light material and works well for olives.

In designing a tree, Michael’s first step is creating the deadwood. He likes the way deadwood makes a tree look old and implies the force of nature. Michael uses an Arbortech for larger sections and then a Dremel for finer work when carving jins and shari. Olives have very hard wood so he doesn’t use lime sulphur or hardener as it is unnecessary. Michael always does this before setting up the foliage pads.

This tree had multiple fronts and so multiple options so Michael firstly decided what he didn’t want. Long thick shoots were never going to get pleasing

movement, so these were removed. Michael never cuts flush with a bifurcation, always leaving a little stub (which can be cut back later) to provide protection for new, little branches.

The top of the tree had too much foliage so the top and back branches were reduced which revealed the trunk which was so interesting Michael decided to remove all the foliage from there. 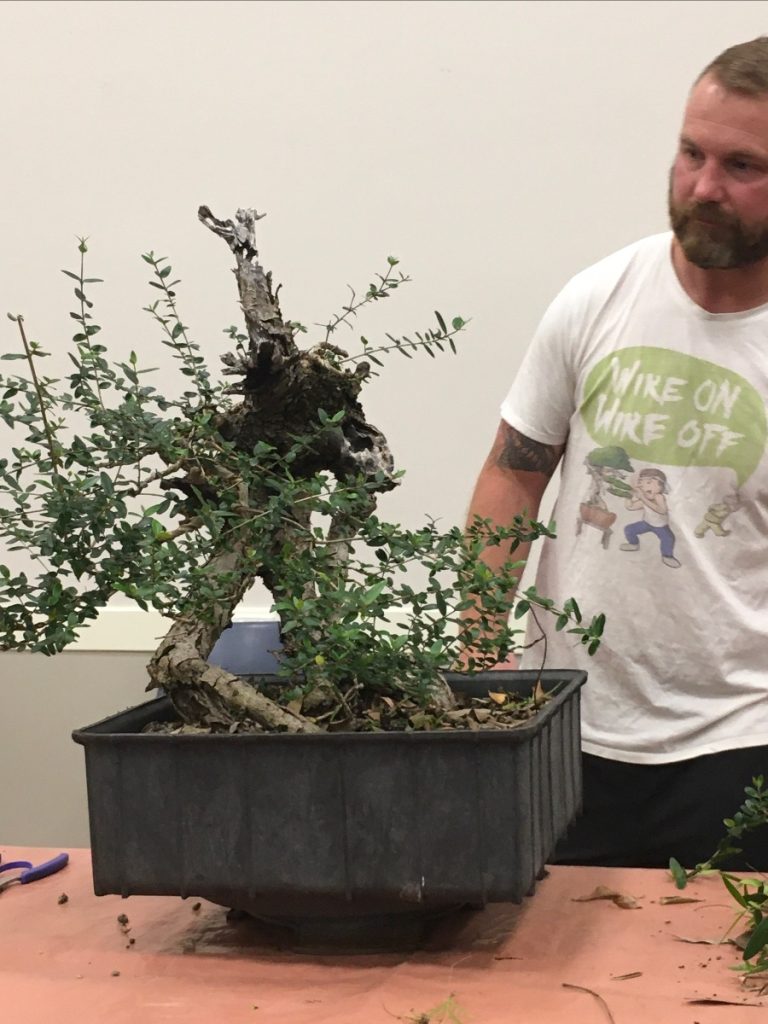 Even though the top foliage had been worked, the tree really needed to have it removed.

The deadwood could now be seen. Because of the olive’s vigorous growth habit Michael wasn’t concerned about how much he cut back commenting that the tree and trunk had enough interest without too much foliage.

The foliage needs to match the tree so Michael continued to remove thicker branches that weren’t needed. The lowest branch was heavy and would not be easily moved into place so it was removed. The tree can back bud with better angles from cutting rather than the softer angles of wiring. 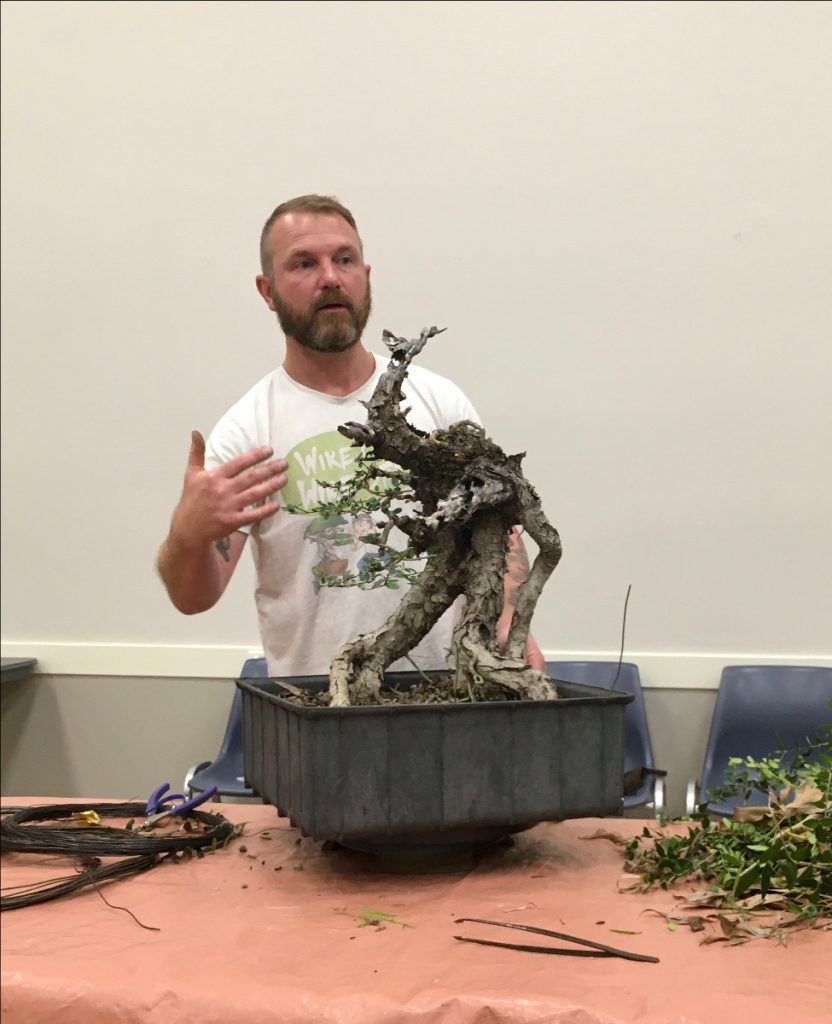 The olive will stay in this box for another two years before going into a pot so a lot can be done to the top because the roots haven’t be disturbed.

Michael sees this as a two branch tree, what’s there, with the foliage set a little behind the trunk and the apex being the deadwood. The pads are set flat for the moment to encourage budding but as they grow Michael will bring up and down movement into them so they do not remain flat.