Have this charming little privet, all of 16 cm high. 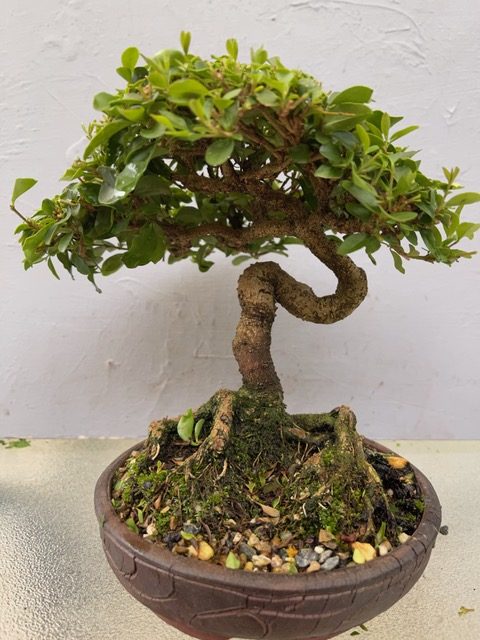 The trunk has great movement, showy roots and a mushroom top. What more can you ask for? The problem was, the roots were getting too big and the top had nowhere to go/grow. There was bar branching but it wasn’t in your face so it could have stayed but the privet was getting stouter, the gap between the foliage and the trunk was diminishing and the roots were dominating. I looked at ways of restyling it but the first thing that had to be done was remove the big surface roots. 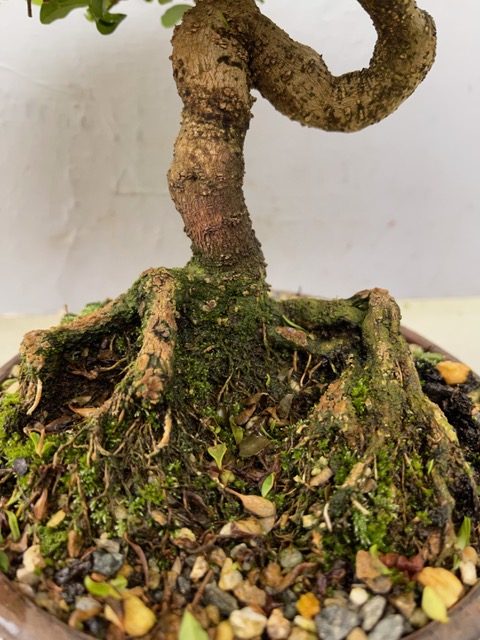 A privet is a privet and there were plenty of roots left when I removed the dominant surface roots. Immediately the trunk was about 1 cm longer and more dominant with yet more movement. The foliage was a harder call but the tree is robust and grows well so I took off the lower left branch to open the tree up. This removed a lot of foliage but I have no doubts that by the autumn the privet will have reshaped that area and it will not look so bare and out of balance. 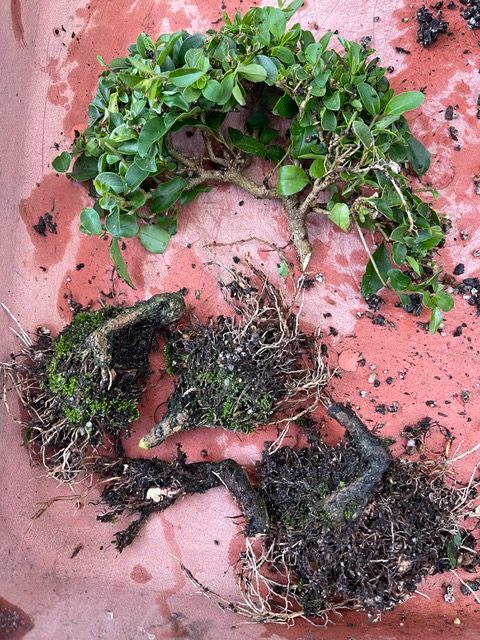 The removed roots and foliage – the foliage being half the crown.

I will let the tree settle for a couple of weeks so it is steady in the soil and then start to wire the smaller branches out and down to the left. Now the restyling has opened two major possibilities. Keep the front as it was originally and develop the privet that way. You can now see the primary branch and once the smaller branches have been wired down the silhouette will fill out and then grow out. It no longer looks hunched over the lower trunk and the more airy feel has improved the tree. 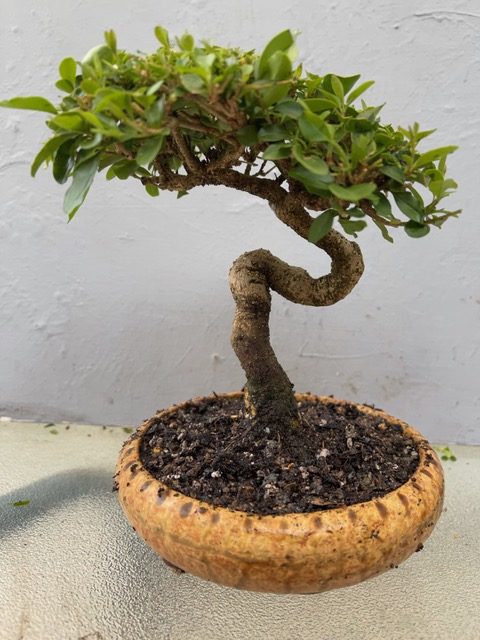 The other option is to change the front so the crooked trunk shows more.This will necessitate reshaping the left side to bring branches down and opening up the crown as the foliage elongates. Interesting possibility which makes the trunk look even more weird. Important to drop the foliage so it doesn’t look as though it is trying to fly away but that will happen once extension occurs and the two possible style sides are analysed and a front settled on. Either way, the tree has not lost any interest and will be even better with a season’s growth to fill out and reshape the crown. 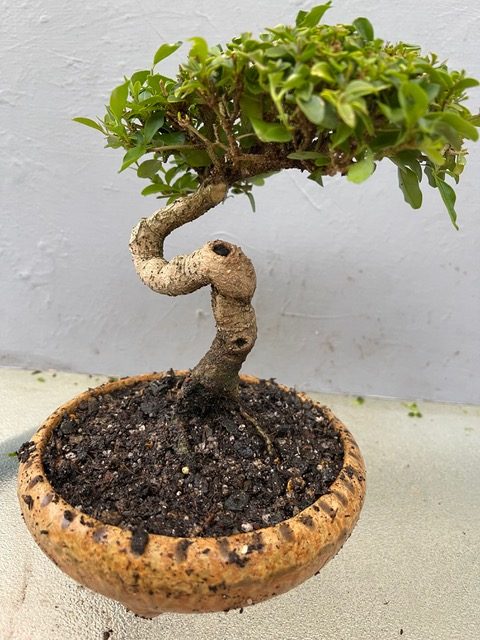 I had some doubts about such a major removal of roots and branches but I think the trunk looks stronger and more kinky without the claw roots and it won’t be hard to wire a new shape. It was fun and rewarding working with this mini and changing its outlook. Just as good as getting a tree.