Home / Bonsai / Arthur Robinson and the Beginnings of the NBPCA: Leigh Taafe

Arthur Robinson and the Beginnings of the NBPCA: Leigh Taafe

At the time the National Bonsai & Penjing Collection of Australia (NBPCA) was officially opened in Commonwealth Park on 27th September 2008, Floriade was bustling all around the precinct. As part of the celebration of our opening, a couple of bonsai demonstrations were conducted for the interested visitors to Floriade. One of these was conducted by the late Arthur Robinson from Perth, Western Australia.

Arthur was a member of the inaugural Bonsai Management Committee that was tasked with representing the Australian bonsai community in the partnership with the ACT Government called the NBPCA. Arthur was involved in bonsai for six decades before he died early 2021. An expert on the Satsuki varieties of azalea, Arthur studied bonsai in Japan and had perfected the art of tree arrangement in a formal group setting.

Arthur’s demonstration on the day was the re-styling of a Satsuki azalea bonsai. The azalea was sourced from azalea grower and bonsai nursery owner, Trevor McComb from Bonsai Art Nursery in Heatherton, Victoria. The variety of azalea is “Osakazuki” which flower a wonderful pink display every November in Canberra.

During the demonstration, Arthur showed that it is possible to remove a lot of foliage from azaleas to establish a good base structure to build new growth upon. He also root pruned quite hard at the same time, effectively bare-rooting the tree and re-potting into 100% Kanuma potting media.

Here is a photo of Arthur and his assistant for the demonstration, Jim M. 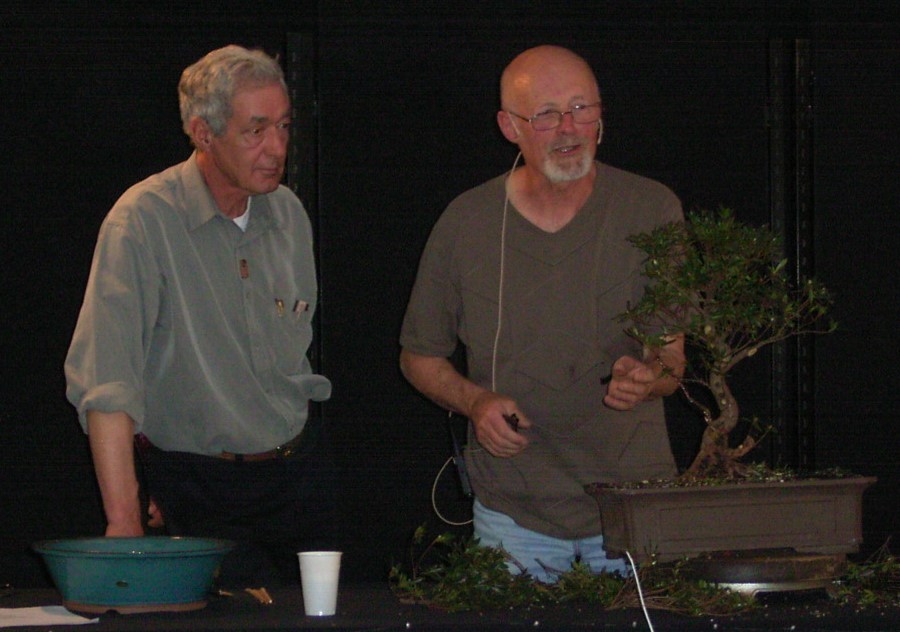 At the time of writing this article, the flowers have not opened but are usually at their best in early December. 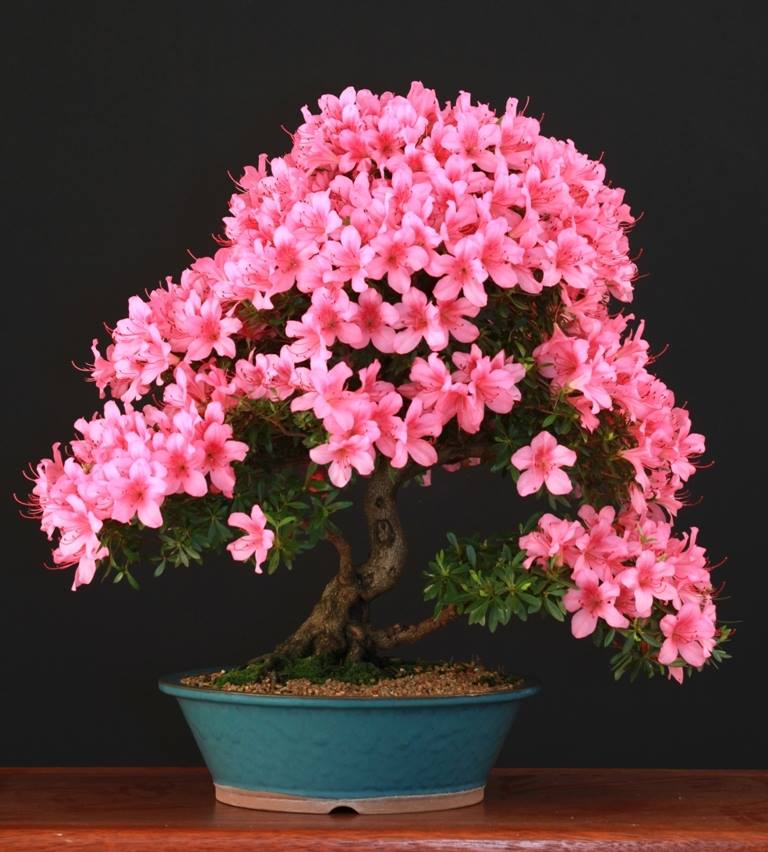 Satsuki azalea at its best. Photo from a couple of years ago.

Arthur generously donated three of his outstanding groups to the National Bonsai and Penjing Collection Australia. These are a Japanese maple group, a Trident maple group and a European beech group. 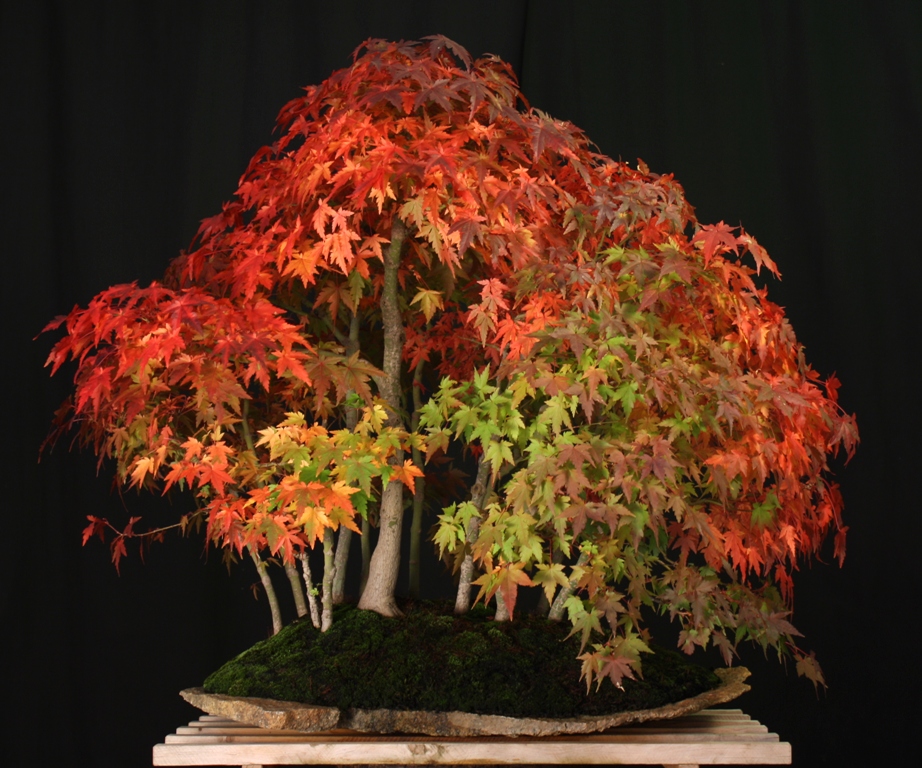 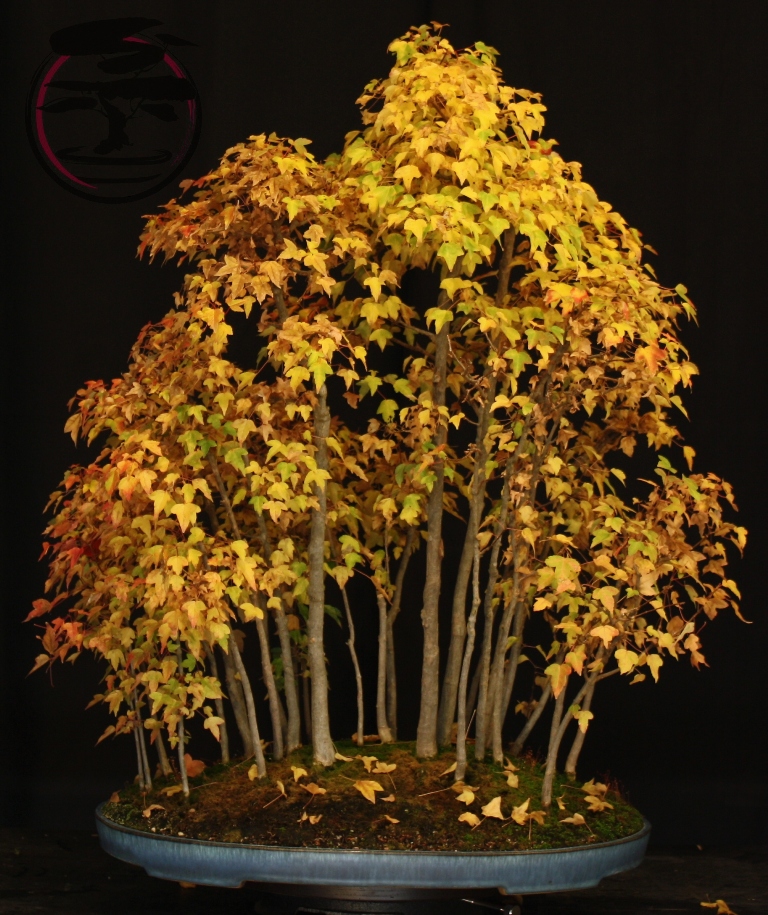 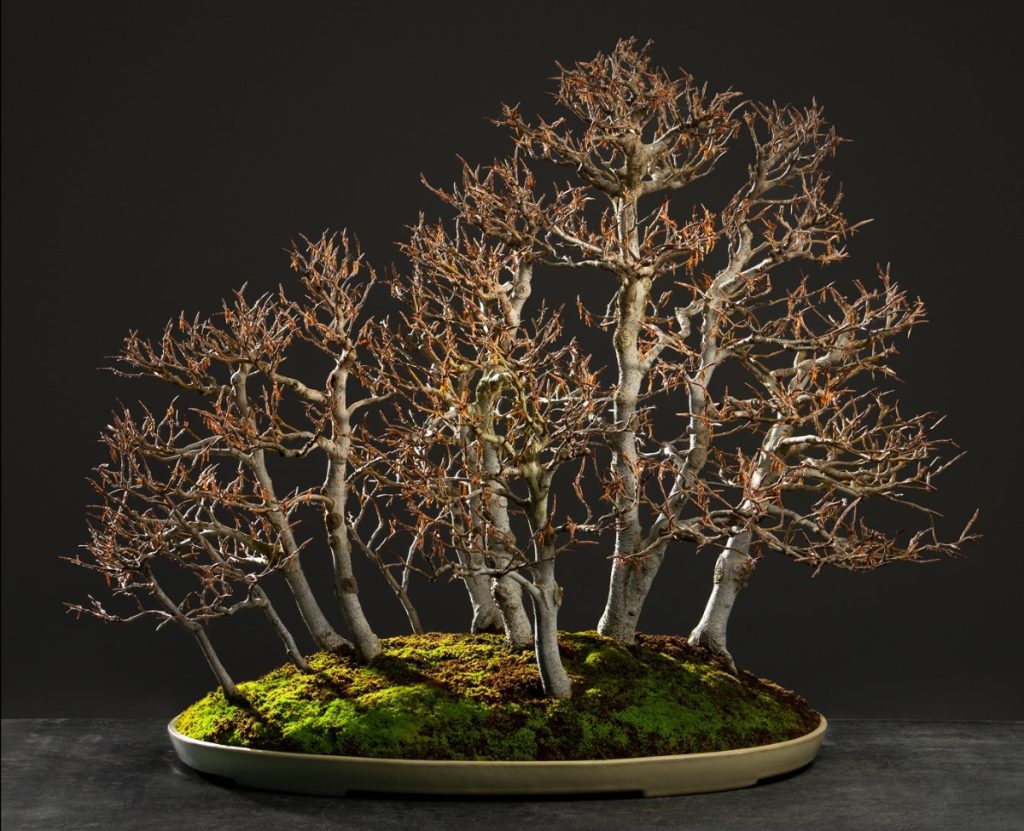